Foresight, change, reforms and the potential for stabilising relationships and values

An eclipse which speaks of liberation and assists in envisioning the future by bringing closure on the past. The chart of this eclipse presents a mix of positive aspects, along with some sensitive points that require attention. It generally seems to promise increased mobility, communication, and processing of information with the presence of Mercury in conjunction with the New Moon. The motivation springs from opportunities to test, structure or stabilise relationships and values. (Venus in Pisces sextile Saturn in Capricorn). Whether relationships are sustainable is a demand that needs to be clarified. The last degrees of signs signify that a territory of experience is ending or has been collected, and there is an urgency to bring closure. Since the eclipse is in conjunction with the South Node, a kind of release is even more potent either emphasising energy wasted or the need to move away from comfort zones. Mercury in Aquarius in conjunction with the New Moon stimulates the rational mind to detach, become inventive, and reform established patterns. The Promethean theme of foresight, progress and future oriented processing coordinates self will and emotion in generating intentions that will foster changes. As Mercury is applying to its superior conjunction with the Sun in the following days, a need for a kind of mental rebirth is in the making. Connections with groups and collective activities are at the forefront.

The direction may not be clear yet, and the tendency to disperse energy, may be a concurrent theme as Mars squares Neptune (Sagittarius/Pisces). The way we invest energy may feel ambiguous, lacking in motivation, or feel like a deflection of efforts is taking place. It is a time that we need to take care of our energy reserves, not spread ourselves too thin, and get some rest in case we feel weak. Mars in square aspect with Neptune speaks about ideal action, inspired action, but also action that lacks boundaries and can have both positive and negative manifestations. It is the 3/4 square of the synodic cycle, so it speaks of a crisis in consciousness to do with investment of energy that requires a letting go of some ideals ​​that no longer serve a purpose. The dimension of ethos, truth and meaning that filters actions of all kinds through Sagittarius intensifies the necessity to move away from the “ideal” form of things, and highlights the struggle between what we do or wish to defend and the scenario we had initially imagined. Essentially, a change of orientation in relation to expectations is requesting attention. The mutable signs express flexibility and adaptation, while they also stimulate the tendency towards perfectionism. So Mars in hard aspect to Neptune distorts the lens of any action and may permeate conscience with the “nothing is good enough” negating attitude. However, Mars also trines and sextiles the Nodes of the Moon and the aspects assist to strengthen collective activities or to find help in professional projects or actions with others. In order to develop these relationships, we may have to accept that some of the ideals we had started with in the past, may no longer serve current efforts. Mars is also about “breaking away from” things, and Neptune has to do with deception, toxicity or anything that is hidden. We may witness the disclosure of scandals or actions that disorient in the collective sphere. The aspect reinforces creative, artistic, socially sensitive or spiritual causes. The reason I am paying so much attention to this aspect is that it is the only applying square in the eclipse chart, and Mars and Neptune are in the signs that Mercury has its detriment and fall. Mercury is moving away from the South Node and is combust. Therefore a tendency to rush to end matters or change orientation in relation to information or transactions that have left a negative or controversial imprint is greatly emphasised as a theme of this Eclipse. The idea is to discern, clarify, detach and to engage in an alternate logic that secures a better future. Aquarius is also about altruism, ingenuity and liberation, yet it is fixed so the urgency to bring progress may get quite fixated on follow up. It is important that we synthesize the information we have collected or get rid of some, as there is a gradual concentration of fast planets in Pisces a few days after the Eclipse and the inferior conjunction of Mercury on February 17 at 29 Aquarius. An abrupt moment of ingenuity may precede a rather phlegmatic area where we are asked to listen to what we have faith in, to be of help or to even surrender some things. To engage in an inspirational manner and make connections between things. Many changes may lie ahead, activated by an astute connection with the subconscious prompted by the need to find reason and objective in unions in a realistic and durable context. It is a time of awareness of where we can attract reliance, while making a transition which focuses on reforms but also dissociate from ventures that do not serve personal development or individual contribution.

The Moon separates from a conjunction with Mercury and asteroid  Juno (Hera) highlighting communication about contractual relationships. The notion of “right” relationships is expressed through Aquarius via solidarity, aloofness, unconventionality or through the need for more independence and freedom.  On a collective level this may feature as distancing from group structures, and on a personal level we may process the future course of relationships or a more independent version of our existing “contracts” with others. The traditional ruler of the New Moon is Saturn in his domicile forming a partile sextile aspect with Venus in its exaltation sign Pisces. The two planets may seem to want different things yet they come together harmoniously. This is an important promise that holds power in manifesting opportunities for relations and partnerships with long-term prospects and benefits. It concludes assessments and evaluations, aids access to authority figures for promoting creative projects, talents, or favours assessment of professional goals, sales, and acquisitions of assets or works of art.

All eclipses on the Aquarius-Leo axis highlight issues that negotiate relationships within groups and organised collective activities, and the leadership and hierarchy dynamics within them. The integration of the personal expression in the collective sphere of events, and the notions of love and friendship on an archetypal level. Therefore, we can anticipate many changes, disruptions, destabilizations and reforms in organizations, political parties, clubs, and group causes (corporate and other). On a personal level, the awareness of differences may surface, in the process of integration or validation of self-expression in relation to affiliations, our social sphere of action and the concept of personal contribution and its creative dimension on the level of reciprocity of give and take. Integrity, reputation, credibility, the ability to lead and to decide with stability are critical. Foresight, insight, inventiveness, and new ideas can help us deal with any kind of weakened or destabilised circumstances in our environment, but also change what cannot maintain its existing form and find new allies along the way. Spiritual and metaphysical pursuits, as well as any scientific research can show progress and achieve breakthroughs during the period of influence of this current eclipse. 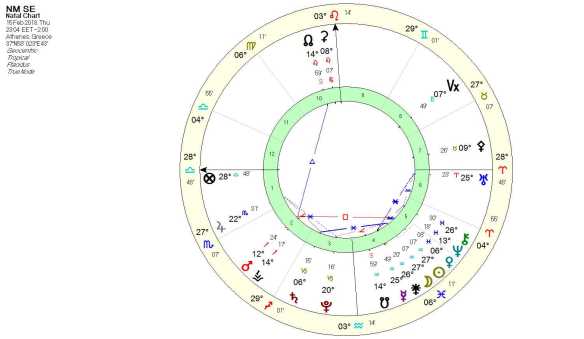 This eclipse belongs to the cycle of Saros 150 (1 South – J / B): The general theme of this family of eclipses as described by astrologer B. Brady: “is concerned with ideas and their enthusiastic expression. …There may be an element of haste, but if you can go with new ideas you will have a positive outcome.” (BB, p. 308)

Recent eclipses of the same cycle:

This New Moon / Solar Eclipse has a more personal feel for you:

Photo by Bank Phrom on Unsplash