Closing a significant chapter of experience in our relationships. Reconciliation with the inevitable.

Becoming aware that we are led to changes that will further stabilise our lives and help our relationships find another meaning. Leaving emotional baggage behind.

Completion and release from critical issues. Urgent decisions and agreements. The end of compromise.

The April Full Moon is the second in a row this year on the Libra/Aries axis, and closes a chapter negotiating experience on balancing what we share and how we maintain our autonomy. This may involve relationships, marriage, alliances, contracts, partnerships and agreements of all kinds. Even the relationship to ourselves. We strive to find balance in what we keep for us, where we must reconcile and how we ultimately share ourselves.

We may have become more conscious of this process, and more energised in trying to find middle ground in this polarity, since March 21 (Full Moon at zero degrees Libra / Aries), as we also felt momentum for new beginnings with some difficulties and tension with the beginning of the current lunar cycle on April 5, in the sign of Aries. The issues that the culmination of this cycle at the critical last degree of Libra / Aries highlight, relate to agreements and contracts we have with others and are definitively brought into closure or conclusion in the next two weeks. This stems from a much deeper process which stirred the urge for change that promotes our freedom and autonomy. This may have been felt more intensely or activated  from April 28 until May 15, 2018, and then from February 6 to March 5, 2019 that Uranus was at 29 degrees Aries. The urgent need to take initiative and be more associated with our individuality and creative desire or very pressing issues that had reached a climax have prompted us to move into drastic moves of dissociation or disengagement from relationships or associations. This was about the need for freedom of expression, autonomy and renewal. That urgent inner unrest may have been reflected in our external world. The Full Moon thus illuminates the closing of a major life chapter that leads us to very important changes in the future. The experience we have gathered during Uranus’s transit in Aries (2010-2019), which marked the awakening of our freedom, a revolution, new beginnings, and a need to radically change direction in an area of ​​life (see the house that Aries occupies in your natal chart, the house that Uranus is placed, but also the house that it rules natally for more information) prompted our Martian nature, has come to an end. Now we are pushed to move on to the next stage of shaping, stabilising, and attracting things, always through innovation and change. Relationships within this time frame of our life have been more focused on the need to promote innovation, overcome obstacles with others, beginning something exciting, joining forces against pressure and the spirit of our times. We were united through our desires, the search for a new path, the willingness to find comrades for a common purpose, or to experience our creativity passionately. Now this process has accomplished its purpose. The Full Moon therefore says: if you have gained experience of what it’s like to fight for what you want, check whether you also have finally reached your limit with compromise  and keeping balances in order to sustain contracts that are no longer useful or create more and more obligations, limitation, fears and difficulties. Everything is related to the past, and the consequences of actions that now clarify their true essence. Our relationship with some people and things is ending or enters a new phase of expression, and this requires letting go of all kinds of “baggage” and established mode of operation. Perhaps what we have built is part of our history, whether it is commitments or possessions. Now comes the time that we have to leave some of them behind either voluntary or any other way, and become aware of what is truly of worth.

Uranus is involved in this Full Moon, in an out of sign conjunction with the Sun and opposite the Moon, in the sign of Taurus and emphasises the change and awakening that comes with charged emotions and the need to ground the spirit of progress through the context of matter, values, and those related to the sensual environment of our lives. That is about seeing something tangible taking shape. The Moon in Libra is separating from a quincunx aspect with Venus in the sign of its exaltation Pisces, emphasizing that we are leaving from a state of tension and crisis (of not seeing eye to eye) that called for awareness of disharmony between our emotional attachments  and creations, possessions or values. It also speaks of the need to adjust the relationship between emotional security and the need for love pleasure and bonding. As we leave this intensity behind, it is necessary to trust the process, but also to communicate about it here and now avoiding hasty conclusions, in order to end with important issues. Commitments and contracts of all kinds acquire a critical character, but at the same time the cosmic energies seem to indicate some help in finding last minute solutions.

The asteroid Juno (Hera), the mythological deity protector of marriage and of every rite that accompanies any contractual relationship, essentially symbolises in astrology the “right” relationships. It is in the last degree of Gemini and forming harmonious aspects with the Luminaries, providing an assistance or exit point from the opposition, which really does imply that there is a way out of conflict or opposing views through communication and rational thinking. At the same time, however, it also states that the “legitimacy” of relations and transactions comes to a point of resolution. The spirit of communication is emphatic and necessary to resolve differences in our relations and to proceed to contracts that are reaching a critical stage in their completion. As Venus in Pisces is in an applying square with the asteroid, it clearly shows the tension and difficulties that are potentially created in our relationships due to the lack of voicing our emotions, lack of dialogue and connectedness, due to sacrificial attitudes or notions that we insist on enlarging. (Pisces traditionally belongs to the “mute” signs). A real opportunity to communicate with important others in our lives directly and openly, as we say farewell or as we negotiate the beginning of a new chapter of life together is emphasized by the extrovert placements of planets in the air and fire signs. Juno, in a square relationship with Venus, also highlights the tension between legitimate boundaries in commitments that create confusion and problems with a potential legal impact.

Mars in Gemini in  mutual reception with Mercury in Aries brings to the fore energetic activation, sharpness of mind, a tendency to voice anger and desires, but also to invest energy in agreements, ideas and plans. An assisting combination for intelligent flirting, therapeutic massage vocations, reflexology etc, and in general trade and commerce. Mercury conjoins Chiron so we are prompted for alternative ways of communicating, and become aware of how ‘logos’ has the potential to heal or hurt. It is advisable to become more conscious of how we think and talk to others, and to realise the impact of  ‘speech’ in our daily exchange with the world. This combination is also an opportunity to express everything that hurts or annoy us, but also to communicate or negotiate our desires in an alternative way that will have more directness and will spring from the heart! (Aries is the exaltation of the Sun). Watch out for hasty and impulsive actions. This is an accident prone combination too.

The Sun/ Mercury midpoint that is the conscious mind, and Venus/Uranus midpoint, which is about the awakening and renewal of relationships, desire, values, and love, are both at 15 degrees  Aries. The degree that the Lunar Cycle began on April 5th. Thus at a second level of reading, it seems that these are also underlying  themes that manifest with the Full Moon and resonate the intentions of the current Lunar Cycle.

There are also a couple more critical midpoints that are worth to note (Mars = Uranus / Pluto, Mercury = Mars/Pluto) that emphasise acts of fanaticism and violence, and nervous tension respectively1. Mar’s applying square to Neptune on April 27, favours acts of empathy, artistic and spiritual actions, initiatives for relaxation, yet also has the character of delusional acts, break out of scandals and behind the scenes activity. Loss of vitality or energy dispersion are indicated and it would generally be advisable to alleviate the nervous system and to relax the body, as well as avoid doing too many things at the same time.

The emphasis on the cardinal quality speaks of changes that are pressing and at critical stage to conclude while, the emphasis on mutable quality may help make the necessary adjustments.

The aforementioned themes will be active until May 4th.

Saturn and the South Node, which will be in a partile conjunction until May 3, and Pluto quite close, bear an influence intensely and radically, both collectively and personally. It’s all to do with the past, the established order of things, about something significant that is ending in a transformational way, and the need to leave behind structures, commitments, but also become aware of our “agnoia” and everything that has to do with the physical boundaries of reality. We are dealing with fears, guilt, and anything that is well hidden from view, our “shadow”, also a lot of stereotypes which, on one hand, limit the perception of reality to what is ‘denied’ or we are deprived of, but on the other makes contradictions more intense in order to evolve our perception .

It is the negative space that will eventually create another  image, as the process of subtraction continues. The relationship between the tangible and spiritual dimension of the world that is undergoing  an intense deconstructive process at this time. It is important to draw out attention to how we use the negative space. 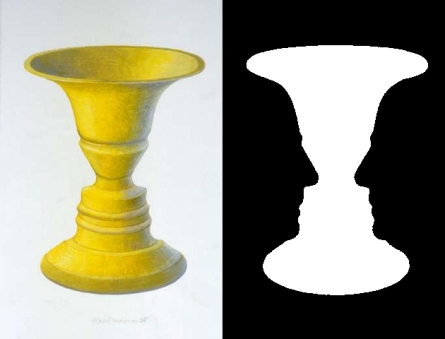 The consciousness of time is perhaps becoming more important than ever in our collective and individual lives irrespective of our biological age, and in essence it must increase our consciousness beyond the reality of the tangible systems that governs us with all their symbols, necessities, social imperatives and acquired values, towards the evolution of our soul connection with the living part of this world which is what essentially sustains the continuation of life (i.e. nature, animals, people, climate) (Eclipses in Cancer/ Capricorn). It would be worthwhile to focus on what has power over us, how essential it is and how we can reorganise it or look further from.

I wish everyone a liberating Full Moon!

The energy of the Full Moon may have a more personal feel for you:

If you were born between April 19-23 (Aries-Taurus), between October 22-26 (Libra-Scorpio), between July 22-26 (Cancer-Leo), between January 19 -23 (Capricorn-Aquarius) or if you have planets, angular house cusps or points from 28 degrees cardinal to 02 degrees of fixed signs, 20-23 degrees of cardinal signs, and generally for those who have planets or points at 29 degrees of Air and Fire signs may feel some assistance or opportunity coming their way. If you have planets at 12-17 degrees of mutable signs, and/or Gemini and Aries Sun, Mercury and Mars placements, you may be needing to pay some attention to a tendency towards stress, energy dispersion, as well as to the nervous system.

Photo by Jason Dent on Unsplash